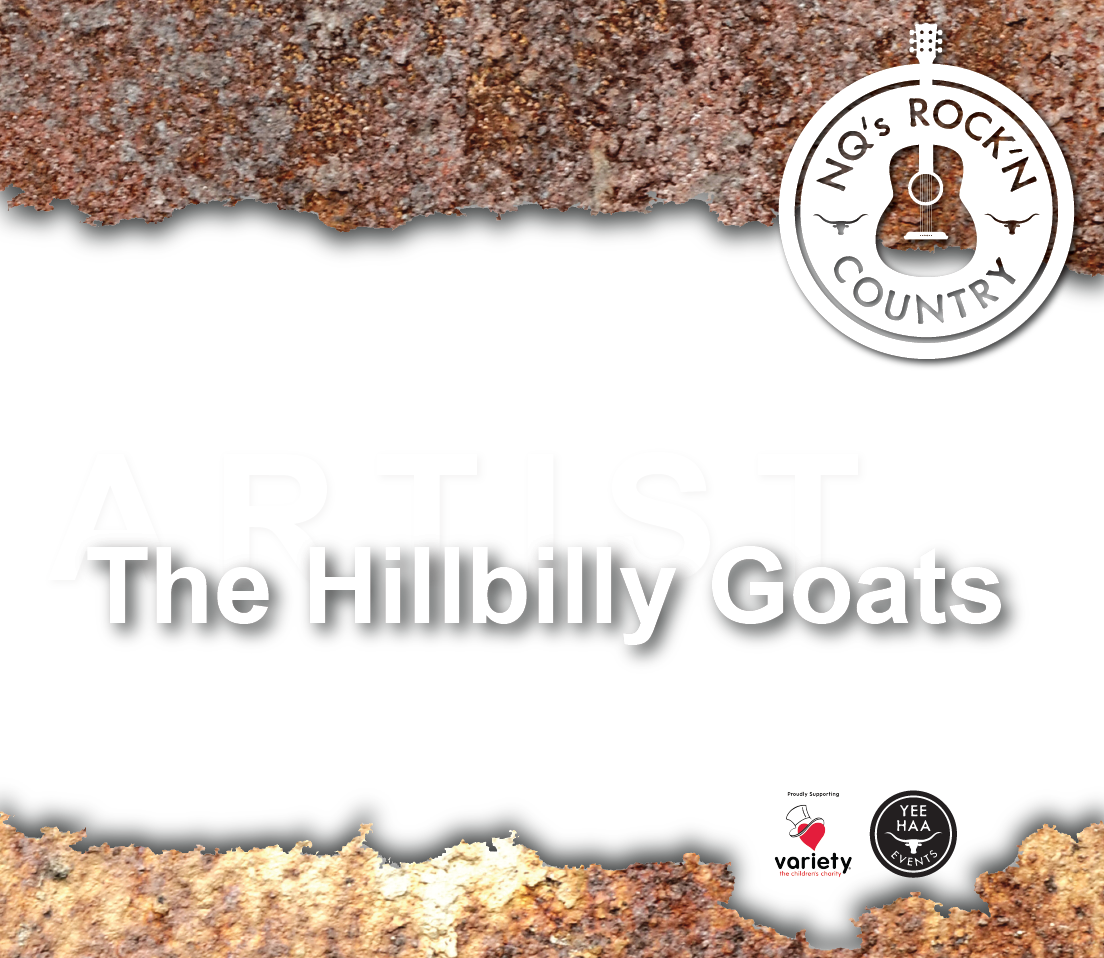 Festival favourites, Golden Fiddle Recipients (2020) and 4 time “Bluegrass” Golden Guitar finalists, the Hillbilly Goats, exude an undeniable passion for mountain music, the instruments and the harmonies.  Their mission is to strip back the layers of modern music and transport you on a journey that began centuries ago when the immigrants first settled in the Appalachian Mountains of America.  These guys aren’t just a band – “they’re a show” and “Keeping it Real” is their motto!

Their recordings feature award nominated originals, but mostly paint a picture of traditional songs from 1710 through to the 1940’s with a high energy quirky edge.  Featuring Banjo, Bones, Double Bass, Fiddle, Tap Dancing, 3 part Harmonies and more, there is a tale told of the history of Mountain Music’s evolution into Blues, Country & Bluegrass.

The Hillbilly Goats are currently writing new material for an album release later this year following the success of their latest single, “The Drive” released through covid in 2021.

In 2019 the Goats released the single “Bleed Me Dry” which received a Golden Guitar nomination and they successfully launched their own music event, (on their 86 acres), THE GAS – Goats Acoustic Sessions.

2018 saw the Goats touring the launch of their album, “Old Jack’s Bones” after its’ successful release to sell out crowds at the Tamworth Country Music Festival.  Travelling across the ditch to New Zealand twice in 4 weeks is only the tip of the iceberg when it comes to touring the new record that “…overflows with the knees up inducing music its followers have come to expect.”  (Tony Hillier, The Australian 2018)  “… the sheer exuberance, plus the panache and proficiency of the ensemble playing and singing” are key elements to the instant success of this album amongst fans and radio presenters alike.   This album reached #3 in the Australian Independent Charts, #21 in the ARIA Country Charts, received a “Bluegrass” Golden Guitar nomination and was shortlisted in the Qld Music Awards 2019 (“world/folk” category).

Their 3rd studio album, “Down Foggy Mountain”, recorded & produced by Nash Chambers (Paul Kelly, Jimmy Barnes, Archie Roach, Kasey Chambers), reached immense success with 2 CMAA Nominations.   “Rabbit in a Log” was nominated for Bluegrass Song of the year 2016, and their second single, “Cumberland Gap” was nominated in the same category for the 2017 Golden Guitars.  This album further stamped the musical twist on traditional songs The Hillbilly Goats are famous for with big harmonies and a heavy presence of hard fiddle and fast harmonica.

Their previous album reviews in the Weekend Australian and several music magazines not only rave about their recordings, but their stage presence has been labelled “more driving and energetic than the less traditional shows seen on main stages of Australian country festivals.” (Alex Turnbull, Capital News).

The Goats are never satisfied with their own instruments and continually swap over and change positions on stage – you won’t know where to look or who to watch!  Each member is their own character to love and you’ll see Goat Girl running through the crowd rattling the bones, Goat Boy playing 3 instruments at once – drums with his feet, banjo in hand and harmonica on a brace, and Giddy Goat dances up a storm (whilst playing fiddle flat out)… but one of their biggest compliments from fans of all ages, is that they love the history lesson woven throughout the show and they all walk away feeling more knowledgeable on music and its’ roots.   KICK YER SHOES OFF, PUT YER HOE DOWN & HANG ON TO YER BRITCHES!   – – –   The Goats are raisin’ a ruckus! 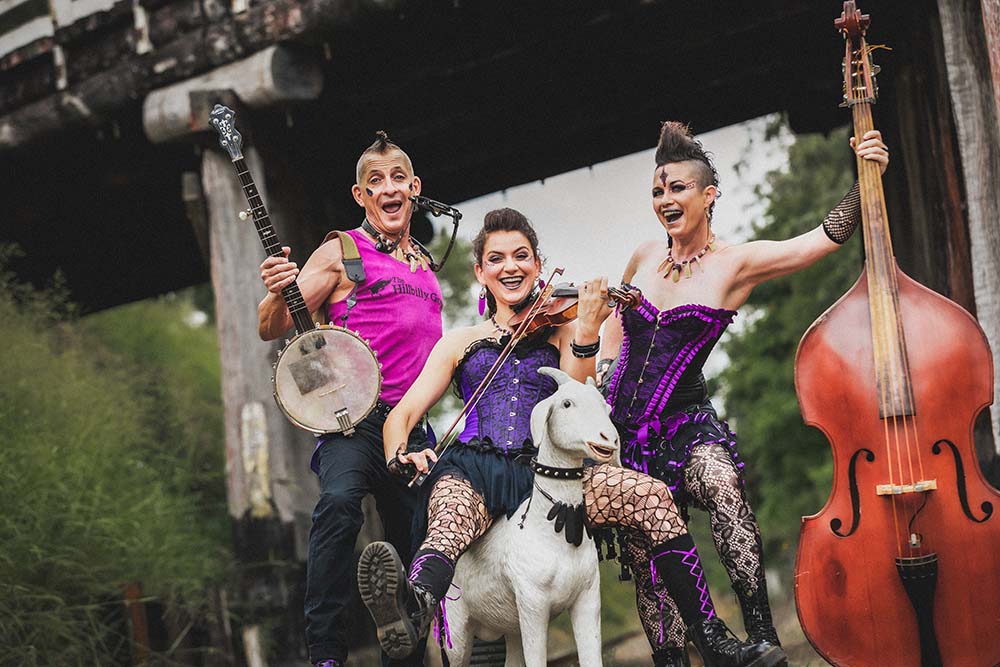